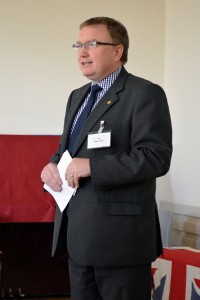 A one-day conference on the British responsibility for conflict between Israelis and Palestinians took place at the Quaker Meeting House in Edinburgh on Friday 2nd November 2012. A full house included people of Christian, Muslim and Jewish faiths.

It was held on the 95th anniversary of the Balfour Declaration, the letter written by Foreign Secretary Arthur Balfour to Lord Rothschild in 1917, promising that the British Government would support the ‘establishment in Palestine of a national home for the Jewish people’ provided that ‘nothing shall be done which may prejudice the civil and religious rights of existing non-Jewish communities’. This was one of a number of contradictory promises made to secure the support of Arabs and Jews during the First World War, which have led to conflict ever since.

The conference was organized by the Balfour Project in association with the Church of Scotland as a first step in exploring how to mark the centenary of the Balfour Declaration in five years’ time in 2017. The Balfour Project Steering Group believes that the search for the truth of what took place, and the acknowledgement of wrong-doing, can contribute to justice, peace and reconciliation in the Middle East. 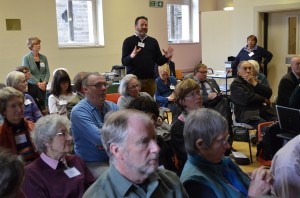 Among the presentations were an interactive timeline by Dr Mary Embleton; ‘The Road to Balfour; The Roots of Christian Zionism’ by Rev Dr Stephen Sizer; ‘The Balfour Declaration and its key personalities’ by Professor Mary Grey, and  ‘What flowed from the Balfour Declaration’, by  Dr Imad Karam. A film of the apology in 2008 by the Australian Prime Minister Kevin Rudd to Aboriginal Australians was part of John Bond’s talk on ‘The struggle for truth, Healing and justice: examples of creative action.‘ 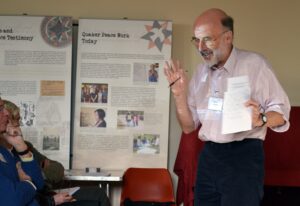 Rev Ian Alexander, Secretary of the World Mission Council of the Church of Scotland, opening the conference, said that he hoped it would be ‘the beginning of a cascade of events exploring all the different legacies of the Balfour Declaration’. Dr Monica Spooner, the initiator of the Balfour Project in her introduction said: ‘We have a vision, that if the people of Britain face and acknowledge the wrongs of the past, we could become more humble and honest, maybe a trustworthy nation…… This is a moral not a political issue.’