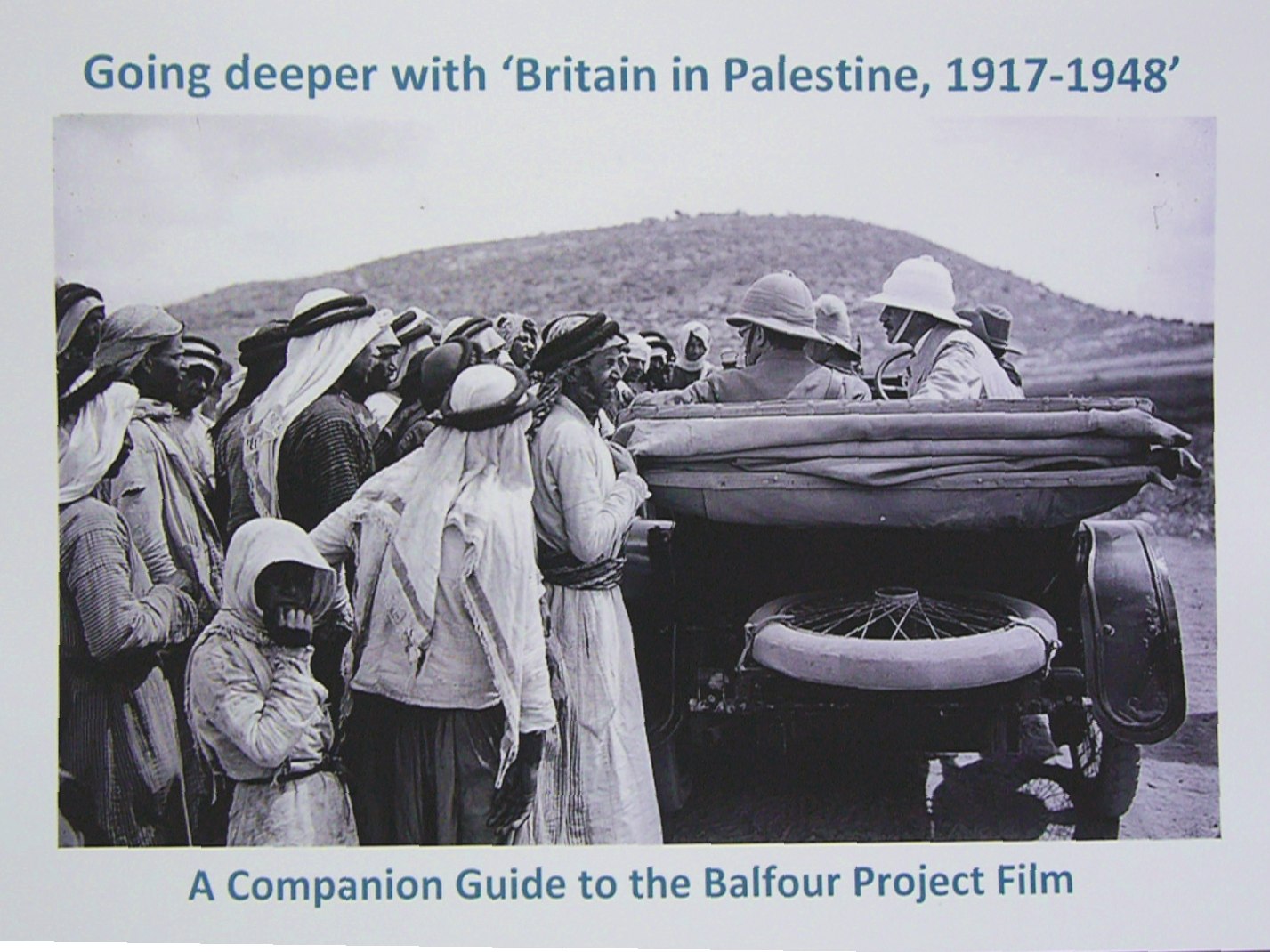 The Companion Guide has been professionally written for us, and gives fascinating background to the history introduced in the film. To give you an idea of what is in it  see the section on the Balfour Declaration.

It has 83 fully-referenced pages together with a detailed list of primary and secondary sources. The Companion Guide offers anyone who wants to go deeper into this history an accessible and objective starting point.

Preferably pay by BACs transfer to our bank account: Balfour Project, Sort Code: 80-22-60 A/c No: 10659767. If you send money electronically please email us to let us know you have paid. And make sure you send us your address.

Alternatively you can pay by PayPal.

A friend of mine has just read the companion to the film and was very impressed(he commented on the excellence of the writing) Is it possible for him to buy a copy, as he would like to send it to his son in England?

This 83 page booklet is a great account of Britain’s role in Palestine’s history in the period covered by the film ‘Britain in Palestine, 1917-1948’.

The booklet provides a great deal of information about what, in purely objective terms, is a fascinating sequence of events, not only in the text itself, but in the copious source material in the footnotes and bibliography.

To expand on these observations:

Reasons for shame – all reacting to circumstances

One could therefore conclude that both learning about the past and keeping up to date with the current situation are necessary; increased knowledge of the one will hopefully then inform the other, with the historical approach helping one to keep in mind the basic causes of the problem, without being confused by more recent actions that are essentially reactions to each other.

Altogether, the vivid narrative and breadth of the treatment in this booklet inspire so much reading that can relate back to the subject in some way (eg George Eliot’s Daniel Deronda; biographies of Lawrence of Arabia & Gertrude Bell; Montefiore’s History of Jerusalem; Abulafia’s The Great Sea; Churchill’s memoirs….) as well as emphasising the need for campaigning and lobbying to keep the issue alive among our current politicians.