Healing the Wounds of History: Looking at the Balfour Declaration with New Eyes

This was our first Anniversary Conference, the 96th anniversary of the Balfour Declaration – as near as possible to Balfour Day on November 2nd. There was enormous interest in the event, and bookings had to be closed at 114  The venue itself was welcoming and we are so grateful for all assistance we received from Initiatives of Change. We began with a light buffet supper which offered the possibility of good conversations with the very welcome diversity of participants. These included, (apart from the team and speakers), Palestinian supporters. Palestinian and Israeli students from the Olive Tree Programme at City University, London with their professor, several other academics from several universities; representatives from Independent Jewish Voices, the New Israel Fund, other Jewish organisations and at least 2 Rabbis, as well as other clergy and members of the House of Lords – so a good mixture.

Dr Monica Spooner opened the Conference with the story of the emergence of the Balfour Project and its aims. These are to contribute to justice and peace in Israel/Palestine by encouraging Britain to take responsibility for past actions, namely, that, in giving a homeland to the Jews in 1917, we broke our promise to respect the rights of the indigenous people, namely the Palestinians. 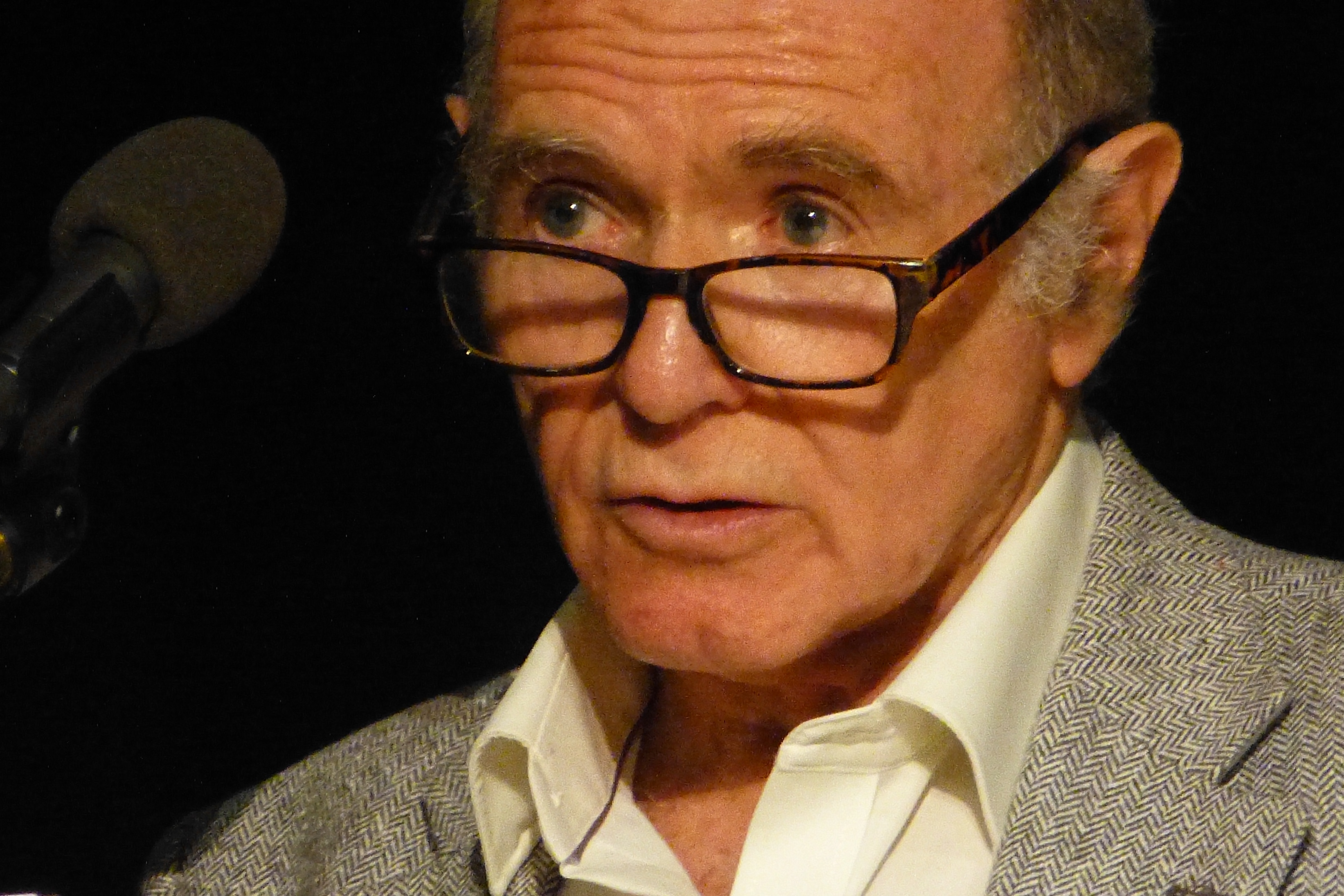 spoke stirringly to the question “Are we trapped by our own narratives?” He began by demonstrating that everyone becomes a player in this seemingly intractable conflict, where what passes for objective analysis masks partisan agenda. He urged empathetic understanding of key protagonists on both sides of the conflict. This demands moving out of our comfort zones and exclusive adherence to one narrative.

Since the core of the issue is that a homeland was given to the Jewish people because of centuries of discrimination, the Palestinians paying the price with being dispossessed of their own land, (the core reasons being anti-Semitism at home and imperialism abroad),  he then asked – where does this all lead?

Despite the Algiers Agreement in 1988 as to a 2-State Solution, the Israeli government still seems intent on encroachment on Palestinian land; unless something happens, Tony Klug would expect a 3rd Intifada. Here is the point at which the EU and UK should step in assertively demanding change. Arab States too might show what normal relations with Israel might look like. We should believe that what we imagine could become a reality!

The second speaker, Dr Sahar Huneidi – see website for biography – speaking about ‘Balfour Policy in 1922-23. New insights into old controversies’ pointed out some anomalies about the Declaration from the perspective of 1922. 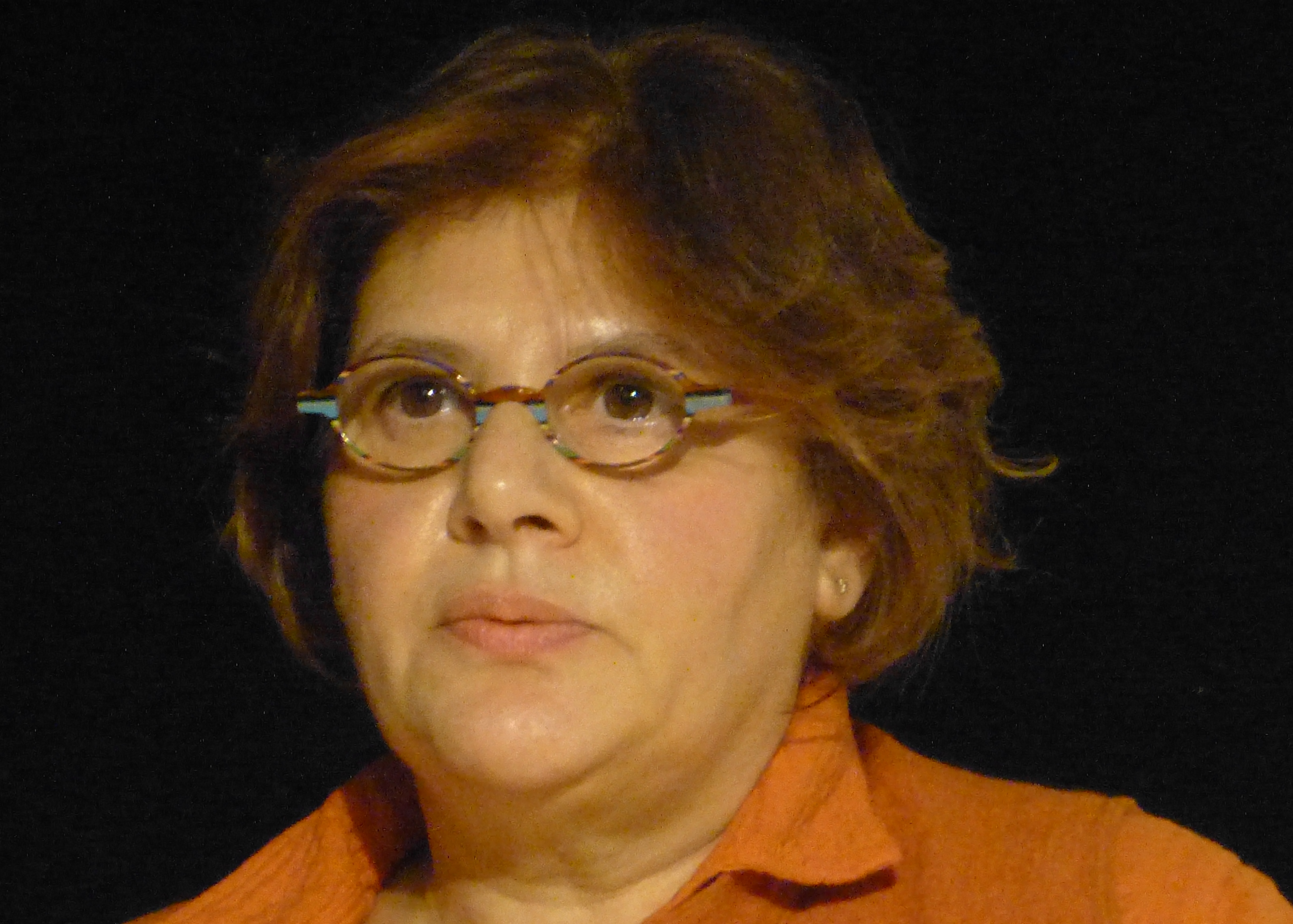 ” When the Balfour Declaration , which promised a ‘national home’ for the Jews in Palestine was issued by the Foreign Office in November 1917, it was not clear what the declaration intended or what the policy contained in it would eventually lead to.  Being a mere letter of intent, it  was left for the passage of time to show what would come out of the BD.
Her talk focussed not on the Balfour Declaration itself, but on interpretations of it five years after it was issued,  when a new Conservative government -opposed to Zionist policy-  came to power in 1922 and delved deep into the origins of the Balfour Declaration.
She argued that more than the declaration itself, it was the interpretations of the Middle East Department of the Colonial Office that were destined to influence future developments, as the government’s pro- Zionist policy was shaken from its very foundations.
Three key events that influenced this debate:
1)    The discovery in 1922 by the Colonial Office that no written records existed in either Colonial Office or Foreign Office files on the early history of the Balfour Declaration.
2)    A memorandum by William Ormsby-Gore on 24 December 1922 reciting from memory what he remembered of the earlier history of the Balfour Declaration.
3)    The outcome of the debate following this memo and the final decision about the government’s future policy in Palestine in light of the role played by the Middle East Department of the Colonial Office. 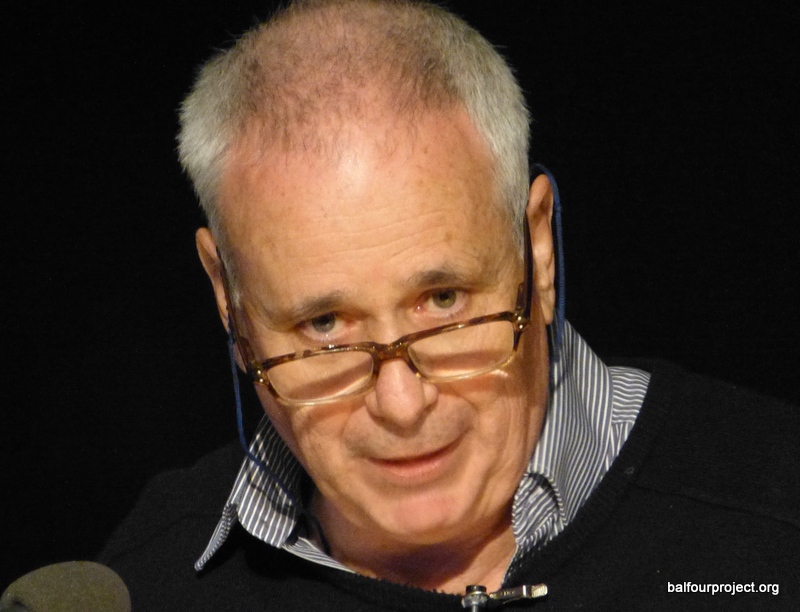 in a talk titled “Perfidious Albion” The British Legacy in Palestine – which many participants thought was very inspiring – revealed that British involvement in the Middle East and Palestine specifically can be traced back to the explorations of the 4th century Empress Helena, mother of the Emperor Constantine, followed by the 11th century Crusaders. Then came 17th century millenarianism with the idea that “the local people are not good enough – we need new people!” All 3 elements – the will, the power and the resources – came together to get Palestine for the Jewish people. And the Balfour Declaration represented this moment as well as a continuation of British imperial policy of replacing indigenous people with others, deemed superior!

But he traced this thinking back further. Shaftesbury’s role in the rise of Christian Zionism is well-known –but not so well-known is his influence over Palmerston, his father-in-law, with whom he dined in 1840, after which Palmerston became an advocate of Jewish Restoration.  Various other key moments were highlighted, including in 1903, when historical movements from the past coalesced into a moment to facilitate a Jewish narrative of return. His thrust was that there was already powerful British support for the Jewish return before even the rise of Zionism! Weizmann’s role in facilitating the Balfour Declaration is well known. But Pappé made two more striking points. After the Balfour Declaration several key people actually visited Palestine for the first time, including Mark Sykes: the latter changed his mind completely on seeing the people of Palestine and regretted what he had written.

His final point – which was crucial- was that even in this room – and Britain in general – there was great support for the Palestinians: yet, in general, we have not succeeded with politicians and policy makers in gaining support for Palestine. Not much has changed in this respect since the 19th century.

These three inspiring speeches were followed by a discussion on the theme of  ‘Marking the centenary of the Balfour Declaration with acknowledgement, pardon and integrity.’ This was chaired by Sharon Alsoodani, Education Director of One Voice  in Britain. The questions were wide-ranging but time did not allow an in-depth follow-up. In the final remarks Mary Grey  appealed that the crucial importance of Britain’s part in the continuing suffering and conflict in Palestine-Israel –one of the stresses of Ilan Pappé’s talk, should not go unmarked in the Balfour centenary celebrations.

Dr Tony Klug: ‘Looking to the Balfour Centenary:
Are we Trapped by our own Narratives?’

Dr Tony Klug has been writing about the Palestinian-Israeli conflict for over forty years. His PhD thesis was on the Israeli occupation of the West Bank between the wars of 1967 and 1973. He has been co-chair of the Council for Jewish-Palestinian Dialogue and vice-chair of theArab-Jewish Forum. For many years, he was a senior official at Amnesty International. Currently he is a special advisor on the Middle East to the Oxford Research Group.

Dr Sahar Huneidi is a historian and political scientist concentrating on political history in Palestine. She is director of London based East & West Publishing, an independent publisher concentrating mainly on history and art history. Huneidi’s interest extends into various fields of history including history of art.
Her books include: A Broken Trust: Herbert Samuel, Zionism and the Palestinians

Professor Ilan Pappé is the Director of the European Centre for Palestine Studies at
the University of Exeter and a fellow in its Institute for Arab and Islamic Studies. Born in Haifa in 1954, Pappé graduated from the Hebrew University in 1978 and received a D. Phil from the University of Oxford in 1984. He taught in the University of Haifa until 2006 before moving to Exeter. His books include Britain and the Arab-Israeli Conflict (1988); A History of Modern Palestine; One Land, Two Peoples (2003); The Modern Middle East (third ed. 2013) and The Ethnic Cleansing of Palestine (2006)

Panel discussion: Healing the wounds of History; where now? chaired by Sharon Alsoodani,

Sharon Alsoodani has an MA from Cambridge University in Theology and Religious Studies, specializing in Islam and Biblical Studies. She taught English in Tunis and then went on to work in Amman as a Productions Manager for a publishing company.
In Sharon’s final year in Jordan, she was employed as PA to the British Defence Attaché, then returned to the UK and worked with Foundation for Relief and Reconciliation in the Middle East before taking up her role at OneVoice, where she has been Education Director for the past 4 years.

‘Marking the centenary of the Balfour Declaration with acknowledgement, pardon and integrity’