Memories Of The Future: On The Anniversary Of The Balfour Declaration

Member of the Jordanian royal family

“A historian can record what went wrong, but – in his feckless and unhelpful way – he’s not necessarily there to tell them how they could have got it right.” (Alistair Horne, A Savage War of Peace: Algeria 1954-1962). 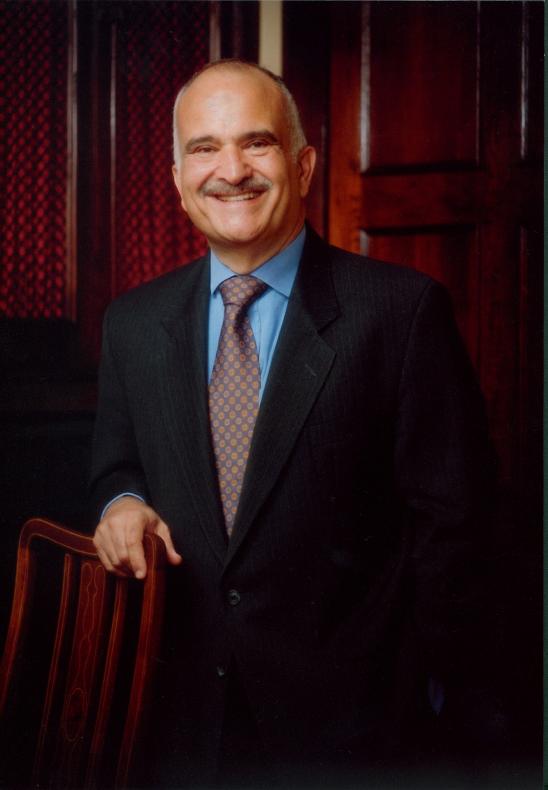 Last year saw the centenary of the Sykes-Picot agreement, when Britain, France, and Russia secretly agreed to carve out the Middle East for themselves, all the while encouraging the Arabs to liberate their land from the Turks. In a little over a year we’ll have the centenary of the opening of the Paris Peace Conference, which, through its offshoot conferences, put much of that liberated Arab land into non-Arab hands.

Meanwhile, this month sees the commemoration of the Balfour Declaration, one of the most contentious documents, even 100 years on, to govern the destiny of our region. Described in an early Zionist slogan as: “A land without a people for a people without a land”, or perhaps somewhat more accurately by the Hungarian-born Jewish writer Arthur Koestler, as a statement in which: “One nation solemnly promised to a second nation the country of a third,” it continues to be the subject of much academic analysis and of acrimonious debate. And whilst others may have the luxury of attempting to analyze intent for people in our part of the world, this is not history, but, at times, painful reality and those 67 words continue to be writ large across the region, with the notable exception of the provisions made to its indigenous people, the Palestinians.

As a great grandson of Sharif Hussein bin Ali, who launched the Arab Revolt in June 1916 to free Arab lands, this is personal history. When my grandfather, King Abdallah, the founder of modern Jordan, was assassinated at the entrance to in the Al Aqsa Mosque in the Old City of Jerusalem in 1951, my late brother, HM King Hussein, was by his side. How short sixty six or 100 years can feel to a Hashemite. And yet, when one considers how little has been resolved in the conflict stemming from that Declaration, which ended with two important qualifications: first that nothing should be done to prejudice the “Civil and religious rights” of Palestine’s “existing non-Jewish communities.” And second, that the declaration should not affect the rights and political status of Jews living in other countries, 100 years feel outrageously long.

My concern, however, as we review this anniversary, is that the extremes of celebration on the one hand and calls for an apology on the other, serve only to foster division and to re-ignite in all their fury, hostile, entrenched positions on either side. Rather, as former President Obama said in his recent speech in Virginia: “If we are going to talk about our history, then we should do it in a way that heals, not in a way that wounds…”

The Balfour Declaration, a short, 67 word letter, one of a myriad of conflicting and muddled promises made at a time of heightened intrigue within the British Empire and among the Allied powers, was carefully drafted, but studiously vague and to many of us, in the words of Sir John Chancellor, High Commissioner of the British Mandate of Palestine (1928-31) remains: “…a colossal blunder”; Yet surely it is now time to break out of the “iron cage.”

It is worth perhaps worth recalling that the Balfour Declaration had not only the prior agreement of Britain’s European Allies, but also, albeit secretly, of America’s President Woodrow Wilson. Yet only a few months after his secret endorsement in October 1917, this same Woodrow Wilson introduced a transformational new principle in international relations – self-determination. The year had only just begun when he addressed the United States Senate “There must be, not a balance of power, but a community of power; not organised rivalries, but an organised, common peace,” he also said… “National aspirations must be respected…Peoples may now be dominated and governed only by their own consent.” It is striking, today, to look back at the vision this American president once offered.

There was also new hope coming from the Levant. The Arab Revolt, child of the pan-Arab Renaissance, was a period of tremendous intellectual effervescence that cut across sectarian lines. This was not all that unusual – our Region has a rich history of pluralism. Chaim Weizmann himself would later tell the Anglo-American Committee of Inquiry: “the Muslim world has treated the Jews with considerable tolerance. The Ottoman Empire received the Jews with open arms when they were driven out of Spain and Europe, and the Jews should never forget that.” Could bloodshed have been avoided? Could Jews and Arabs have lived in peace and harmony?

My family certainly thought so. Whether in Arabia, Syria, Iraq or Jordan, the Hashemites strove to ensure the protection of all religious and ethnic communities in the countries they governed and their inclusion in the political process. In Syria, my great-uncle King Faisal I was welcomed by the Christian leaders of the country. In Iraq, the electoral law specified that Christians and Jews would have their own elected members of Parliament, while the Minister of Finance, Sir Sassoon Eskell, was a prominent Iraqi Jew, who served for many years in the same capacity under different premiers. Today, Jordan remains defined by this same concern for moderation and mutual respect for all its peoples.

It is tempting to indulge in counterfactuals, in the “what-if’s” of the past, but this tends only to culminate in further recriminations and our benighted region hardly needs more vitriol. We desperately need to build roads that go somewhere, and without accommodation of the unacceptable which is tantamount to complicity, to conciliate our differences and march forward to build a region that offers our children and grandchildren a proud future.

Jordan, like Egypt has a Peace Treaty with Israel. The corner-stone of that Treaty was that it would be completed by the inclusion of the Palestinians, not on the soil of Jordan, but on its pre-1967 territories. This is also the policy of Saudi Arabia, President Trump’s closest partner on the Arab scene.

The geo-political and economic weight of a combined Egyptian, Jordanian and Saudi strategy to achieve the goal of two-states on the soil of Palestine would certainly outweigh any sentimental feelings of obligation to maintain a shaky status quo.

The inclusion of Jordan in any hope of achieving the internationally –recognized solution of a Palestinian state on Palestinian soil is now necessary, and equally urgent.

Swedish professor David Henschen Ingvar has found that the human brain imagines different futures and then memorizes the alternatives. These “Memories of the Future,” to use his terminology: “form the basis for anticipation and expectation, as well as for the short and long-term planning of a goal-directed behavioral and cognitive repertoire, based upon experiences of past events and the awareness of the current situation – and it is continuously rehearsed and optimized. Without them we are unable to envisage multiple alternatives, to think of multiple presents, multiple futures, and multiple versions of how things are now and how they might be different.” In short, they unlock our imaginations.

So how does this pertain to the Levant? After a short burst of fresh thinking in the early days of the “Arab Spring,” people are more jaded and mature today. Many seek solutions in theRealpolitik of yesteryear; experts play their parlour games, trying to predict how the tangled web of alliances will reposition itself next month. Arms dealers lean in, the peace camp leans out. Principles and ethical considerations are condemned to the dustbin of history. Hope is for the naïve.

If the only “memory of the future” we have for our region is this grim, realist view, a single road lined with security wallahs, then the situation is truly terrifying. The drama of the last 100 years led to bloodshed, fragmentation, and extremism. But the next 100 years will unfold in a context of much harsher demographic and environmental conditions. We simply cannot continue on this current path.

No single country in the Levant can solve its problems on its own. Whether it’s water, energy, food security – or human dignity – we have to work together to manage our regional commons. We need regional institutions. “Ah, but the politics!” say the realists, with much wisdom. I prefer to think of policies. And I suspect that if we take the time to seriously consider a different future for our region, if we train and educate our youth to imagine alternative futures, then, who knows, we might actually get there.

Hope is serious stuff. People’s lives depend on it. So, on November 2, I prefer to celebrate, with pride, the memory of a better future.