Reclaiming the lost Jewish voices of the Balfour Declaration, by Robert Cohen

This article was part of Robert Cohen’s talk  at the Balfour Project conference,’How will we mark the centenary of the Balfour Declaration’ in Southwark Cathedral on November 5th 2016:

A leading British Rabbi has written:

“Zionism and Zionistic activities not only depress Judaism by putting nationality first and religion second, but they injure Judaism by combining religion and nationality.”

The same Rabbi, who also happens to be President of the Anglo-Jewish Association, is convinced that non-Jews who support Zionism are, as often as not, “antisemitic”.

Meanwhile, The Times newspaper has published a letter co-signed by the President of the Board of Deputies saying:

“Zionist theory regards all the Jewish communities of the world as constituting one homeless nationality incapable of complete social and political identification with the nations among whom they dwell and it is argued that for this homeless nationality a political centre and an always available homeland in Palestine are necessary. Against this theory [we] strongly and earnestly protest.”

A well-respected Jewish journalist and regular contributor to the Jewish Chronicle who helped to draft the Times letter has commented:

The anti-Zionism goes right to the top of the British establishment with a Jewish member of the Government describing Zionism as “a mischievous political creed, untenable by any patriotic citizen of the United Kingdom”. The Foreign Office Minister has even written a memo to his Cabinet colleagues damning the whole enterprise because it forces Muslims and Christians to “make way for the Jews”.

I haven’t made any of this up. It’s all true.

But it happened a hundred years ago.

The Rabbi was Claude Montefiore, the Board of Deputies President was David Alexander, the journalist was Lucien Wolf and Edwin Montagu was Secretary of State for India in Lloyd George’s wartime cabinet. Hardly inconsequential figures.

They were all writing in the months leading up to the publication of the Balfour Declaration in November 1917. Sixty-seven deliberately vague words that get blamed for a great deal of trouble. And rightly so.

“His Majesty’s government view with favour the establishment in Palestine of a national home for the Jewish people, and will use their best endeavours to facilitate the achievement of this object, it being clearly understood that nothing shall be done which may prejudice the civil and religious rights of existing non-Jewish communities in Palestine, or the rights and political status enjoyed by Jews in any other country.”

But it begs a bigger political and philosophical question. Can a belief (Zionism) held by the majority within one particular group mean it becomes sacrosanct, holy and therefore untouchable? And what happens to that sacrosanct understanding of ‘being Jewish’ when another people have experienced the same belief as a catastrophe? 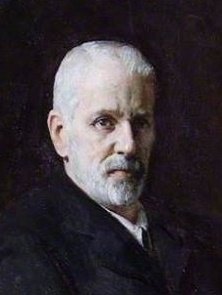 The centenary should be the moment when we reclaim the lost Jewish voices of 1917.