There appears to be a conundrum about Arthur Balfour.1 On the one hand, his name is inseparable from the Declaration he signed as 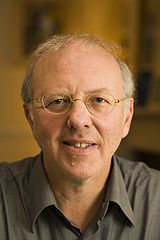 Foreign Secretary on 2 November 1917, which read in part: ‘His Majesty’s Government view with favour the establishment in Palestine of a national home for the Jewish people, and will use their best endeavours to facilitate the achievement of this object …’2 On the other hand, as Prime Minister he brought in immigration controls aimed specifically against Jews from Eastern Europe. So, which was he: friend of the Jews or foe? Some say that there is no riddle: keeping Jews out of Britain and packing them off to Palestine were just two sides of the same antisemitic coin. But this would be too hasty and too cynical. It would not do justice to the man. The truth is both more complex and more intriguing.
Let us begin with the question of motivation vis-à-vis Zionism. Why did Balfour lend his name to the November 1917 declaration? Two kinds of motives appear to have been at work. First, there were raisons d’état. At the decisive meeting of the War Cabinet on 31 October 1917, Balfour opened the discussion of item 12, ‘the Zionist Movement’, by stating that ‘from a purely diplomatic and political point of view, some declaration favourable to the aspirations of the Jewish nationalists should be made.’3 It was natural that Balfour, as Foreign Secretary, should see things from this point of view, especially at a critical juncture of the war when, as Jon Kimche remarks wryly, ‘it was the British Empire that needed help more urgently than did the Jews’.4 But why did Balfour think that the cause of empire would be advanced by winning the support of the Zionists? The answer to this question will begin to take us into the mind of the man on the subject of the Jews.

Broadly speaking, there were two wartime considerations that exercised Balfour. One was a passage to India, which currently was blocked by Ottoman holdings in the region and which a Jewish homeland in Palestine under British sponsorship might secure. The second consideration was foreign support: he wanted to keep Russia in the war and draw the US into it. In this latter connection, following his opening remarks at the War Cabinet meeting, Balfour continued as follows: ‘The vast majority of Jews in Russia and America as indeed, all over the world, now appeared to be favourable of [sic] Zionism. If we could make a declaration favourable to such an ideal, we should be able to carry on extremely useful propaganda both in Russia and America.’5

There are two remarkable claims contained in Balfour’s argument to the War Cabinet, one explicit, the other implicit. The first is about the extent of global Jewish support for Zionism. Historians find it hard to determine Jewish attitudes to the Zionist movement at the time. David Fromkin tells us:

‘As of 1913, the last date for which there were figures, only about one percent of the world’s Jews had signified their adherence to Zionism.

’6 In America, Jewish support for the movement only began to grow later. ‘In 1919,’ says Fromkin, ‘membership of the Zionist Federation grew to more than 175,000, though Zionist supporters remained a minority group within American Jewry…’7 He goes on to say that the movement ‘still encountered fierce opposition from the richer and more established Jews – opposition that was not really overcome until the 1940s’. So, the facts are not altogether clear, but it appears that in 1917 Jewish nationalism was not a popular cause among Jews. Yet Balfour believed that the ‘vast majority’ of Jews ‘all over the world’ were Zionists. Nor was he alone in thinking this. ‘British Intelligence reports indicated a surge of Zionist feeling during the war in the Pale of Russia, but there were no figures either to substantiate or to quantify it.’8 The idea that Jews in general were strongly in support of Zionism seems to have been widely held in British Government circles. But why?

a state of things could easily be imagined in which it would not be to the advantage of the civilization of the country that there should be an immense body of persons who, however patriotic, able, and industrious, however much they threw themselves into the national life, still, by their own action, remained a people apart, and not merely held a religion differing from the vast majority of their fellow-countrymen, but only inter-married among themselves.’45

From Brian Klug, Being Jewish and Doing Justice: Bringing Argument to Life
London: Vallentine Mitchell, 2011, pp. 199-210 with the authors permission