Parliamentarians from all four of Britain’s main political parties sponsored a showing of ‘Britain in Palestine, 1917-1948’ in The Attlee Suite – one of the main conference suites in the British Parliament. The audience of 130 watched the documentary, which tells the story of Britain’s role in Palestine 1917-1948, and then took part in a lively discussion. 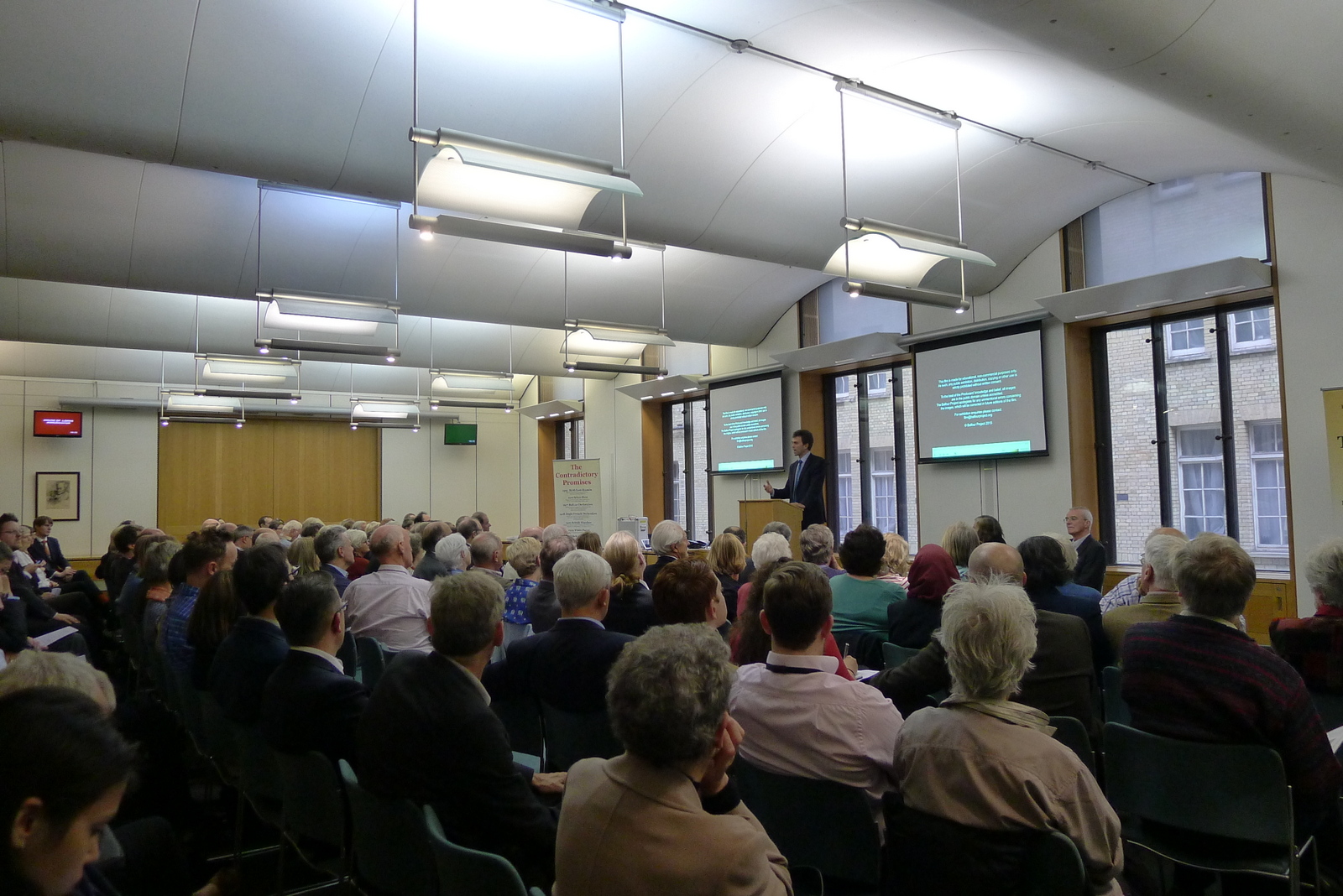 The documentary was produced by the Balfour Project, a group of academics, religious leaders and others who are working to bring to national attention Britain’s responsibility for the current imbroglio in the Middle East, and thereby help advance justice, peace and security both for Palestinians and Israelis.

Next year will be the centenary of the 1917 Balfour Declaration, in which the British Government promised its support for a homeland for Jewish people in Palestine as long as the rights of the Palestinian Arabs would not be prejudiced. 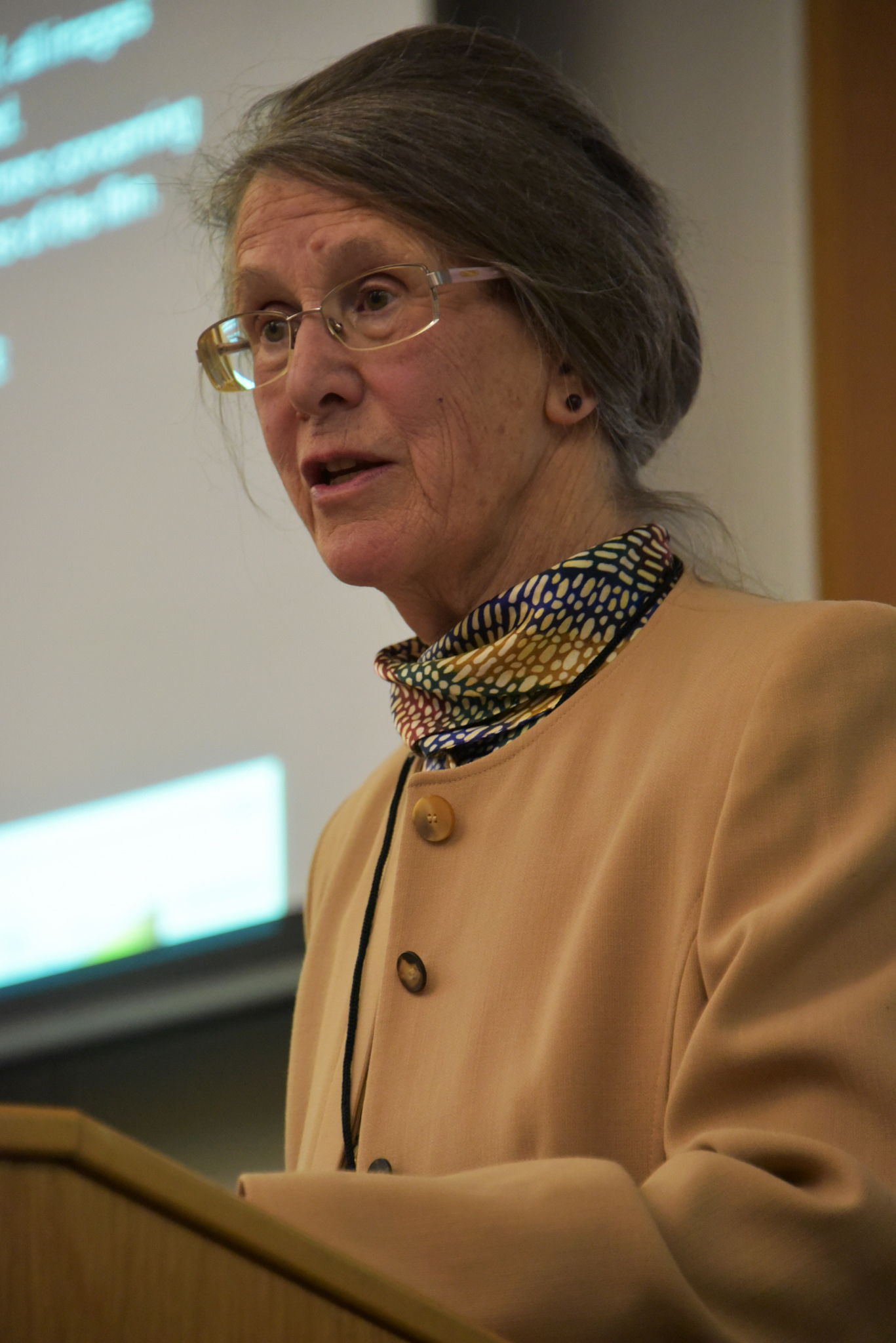 initiator of the Balfour Project, pointed out that the second clause had not been honoured. ‘The Jewish people have a home,’ she said, ‘but the Palestinians have no freedom. For a true commemoration we need to know our imperial history, both the good and the bad. With honesty and transparency Britain could become trusted. It could give us the chance to help complete the unfinished business of 100 years ago. This is a moral challenge for Britain.’

Her views were echoed by Andy Slaughter MP, Secretary of the Britain-Palestine All-Party Parliamentary Group. When he visited Palestine, he said, ‘everyone wanted to talk about Balfour, and they were incredibly well informed. It embarrasses me that our own people have not been so well informed.’ But understanding is growing, he said, as evidenced by the overwhelming House of Commons vote in 2014 to recognise Palestine as a State. 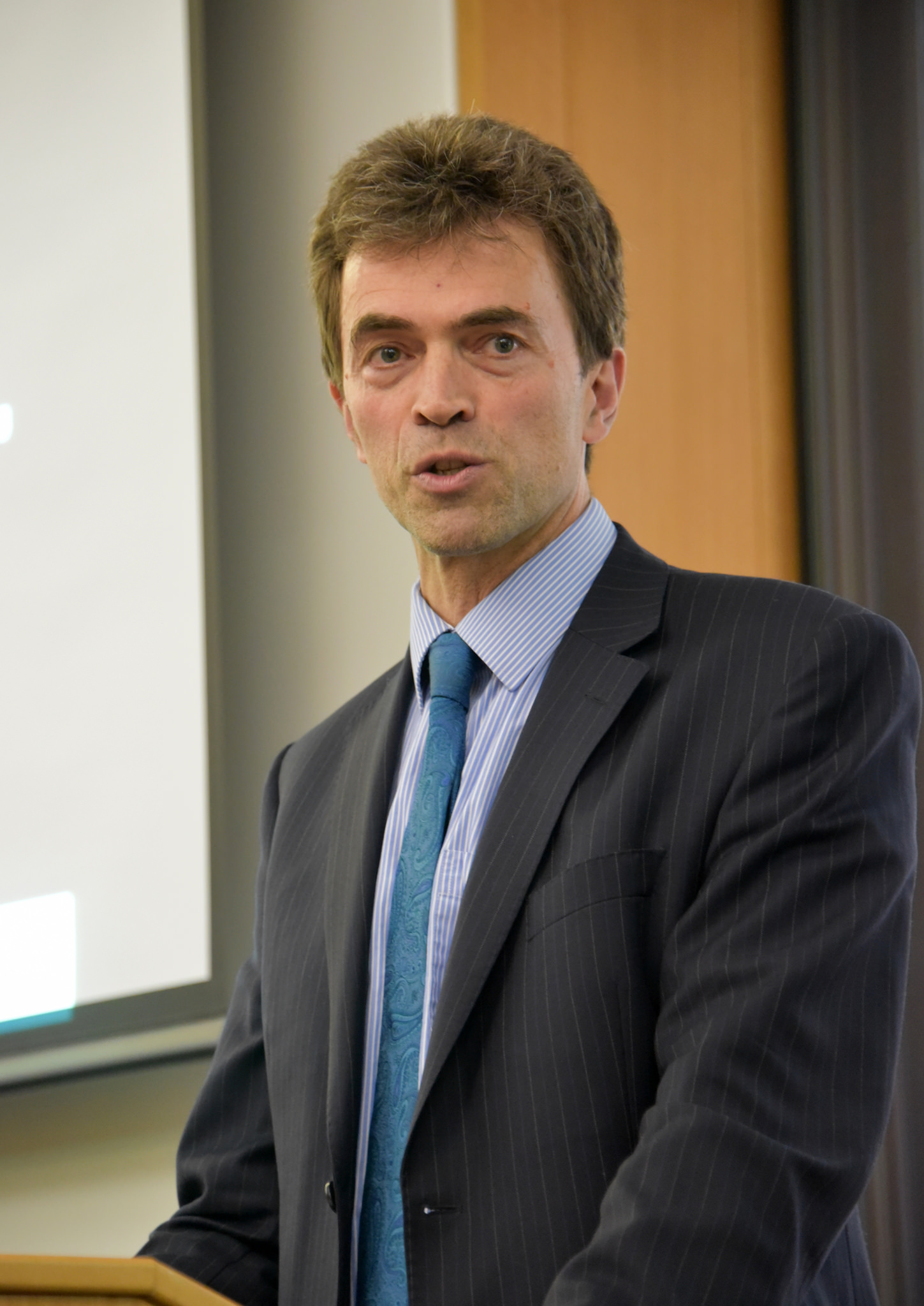 The parliamentary sponsors of the event were Tom Brake(Lib Dem), Ian Murray (Labour), Richard Bacon (Conservative) and Philippa Whitford (SNP). Tom Brake, Foreign Affairs spokesperson for the Liberal Democrats, traced his concern back to a meeting with a group of Palestinians. The encounter had forced him to reflect on decisions taken by his forebears which have led to ‘very significant difficulties’ in the Middle East. ‘How can we ensure that this is recognised in next year’s commemoration of the centenary of the Balfour Declaration?’ he asked. ‘That is the purpose of tonight.’ 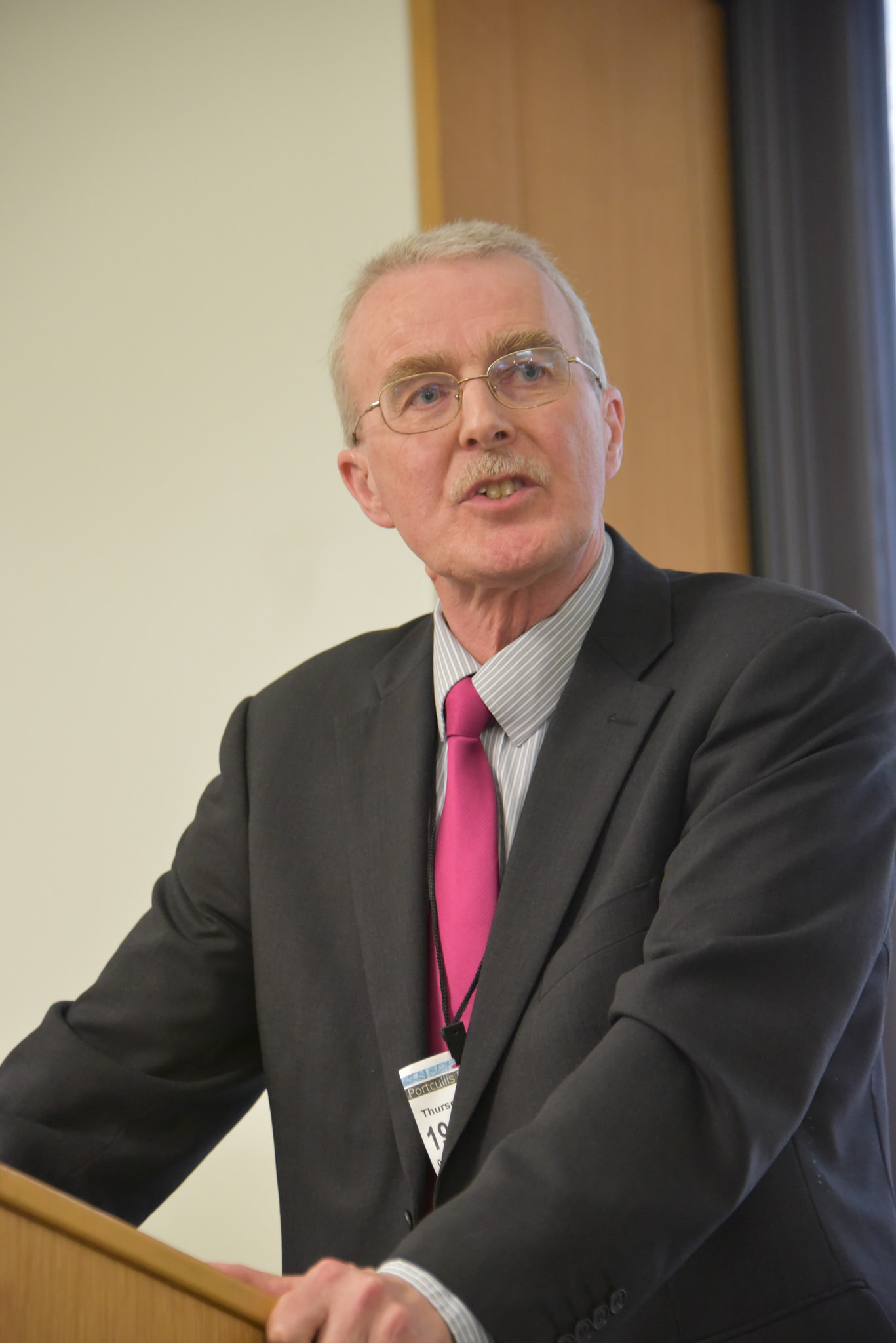 One response came from Peter Shambrook, historical consultant to the Balfour Project. In 2007, he said, Britain celebrated the bicentenary of the Act which abolished the slave trade. ‘This was wonderful as far as it went, but the Government made no mention of Britain’s responsibility for the slave trade itself. It was a lost opportunity.’

He contrasted this with the visit of Her Majesty the Queen to Dublin in 2011. ‘Her gestures and her words during that visit were deeply moving, a vivid demonstration that a commemoration which includes both celebration and acknowledgement gives hope.

‘Acknowledgement is a sign of civilization,’ he went on. ‘Next year’s commemoration of the Balfour Declaration will, I hope, acknowledge both the Zionist and Palestinian narratives, both the salvation and the suffering which have resulted from the Declaration.’ 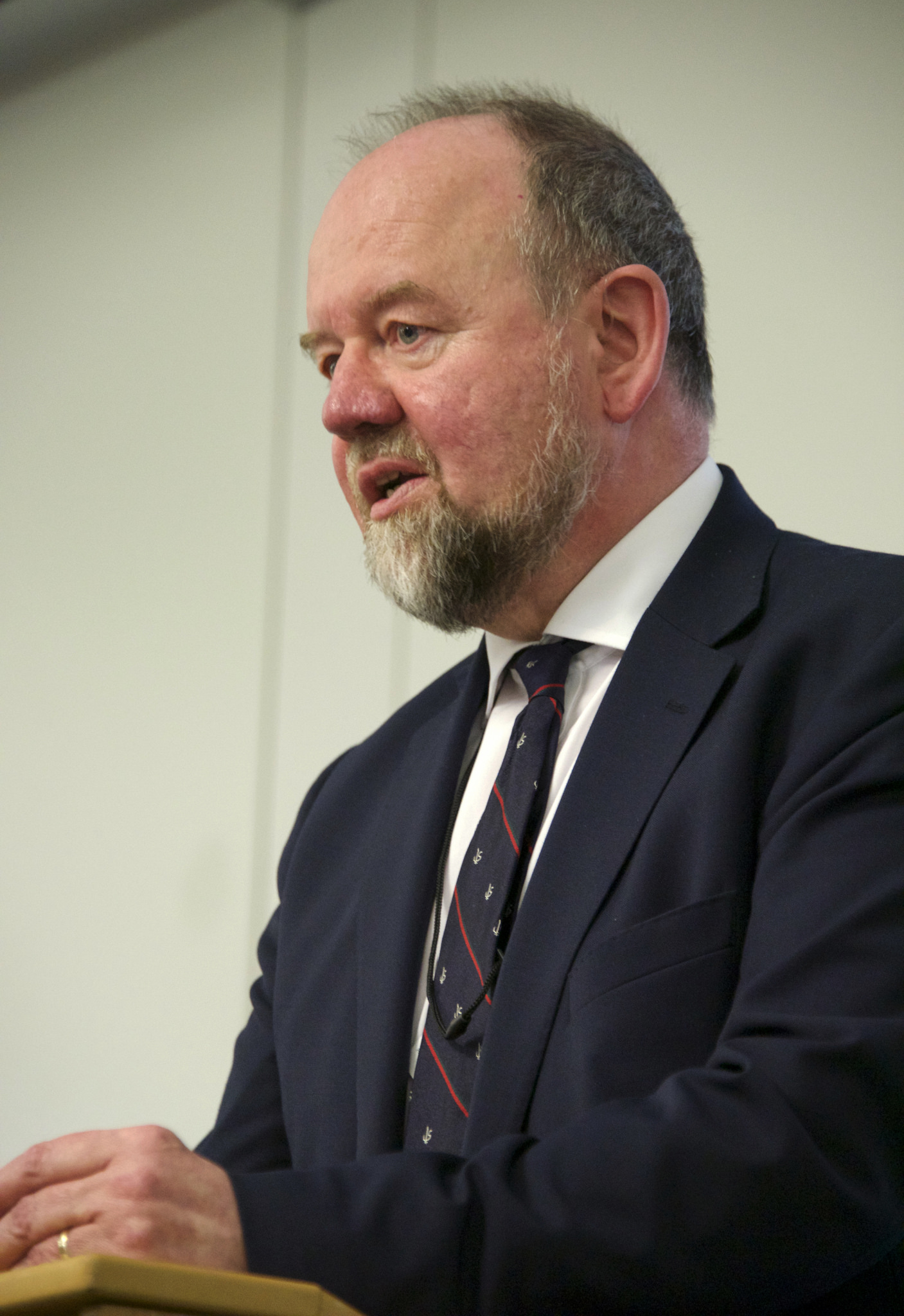 until 2014 Britain’s Consul-General in Jerusalem, stressed the need ‘to explain, especially to young people, why the UK is directly engaged in the past, present and future of the Holy Land, and why it is worth doing.’ He urged support for the current French initiative on Palestine and Israel, and the recognition of Palestinian statehood by the British Government. And, he said, ‘we need to uphold international humanitarian law in deed as well as word.’ 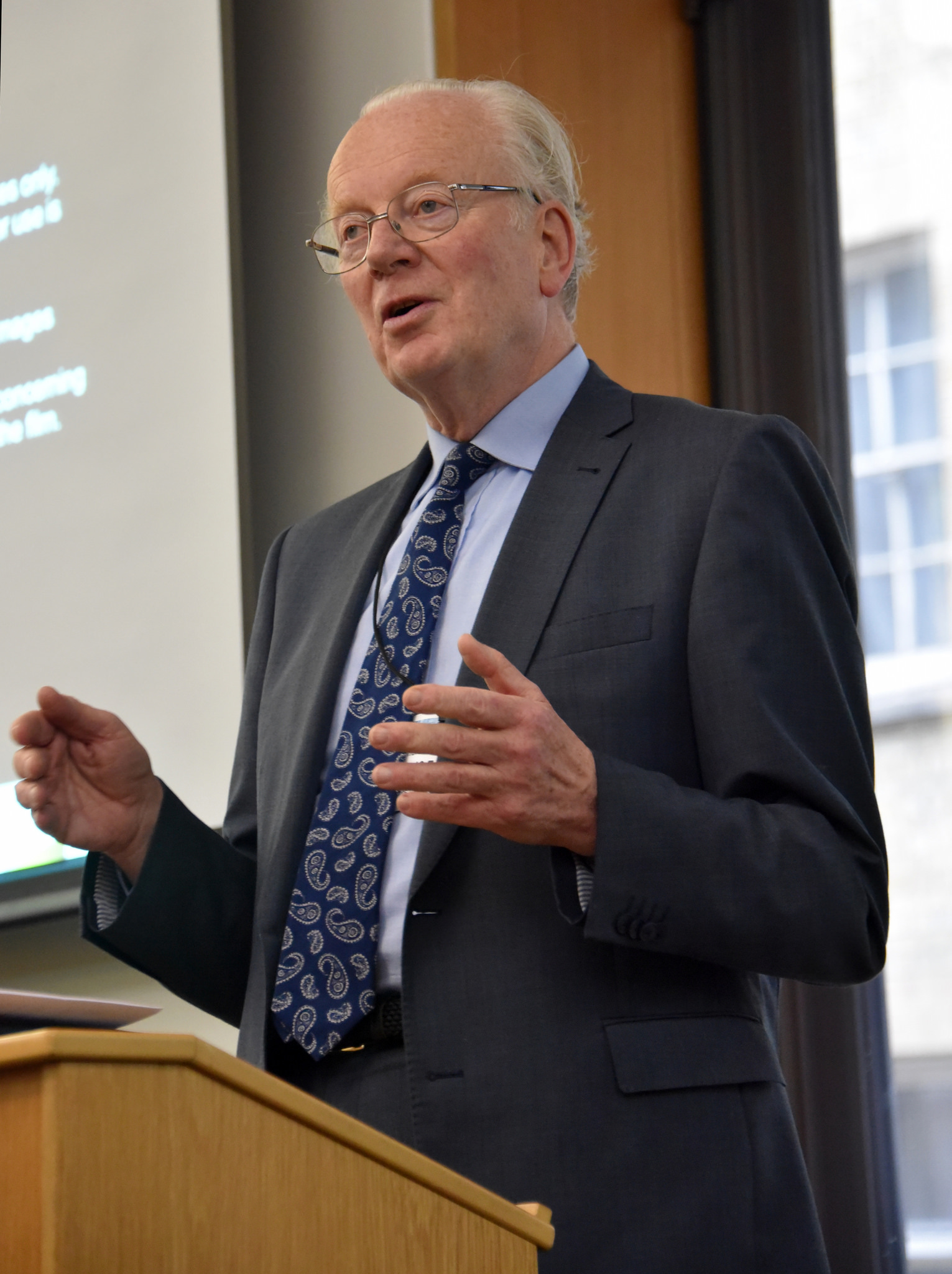 The event was chaired by Nicholas Frayling, Dean of the Priory of England and the Islands in the Order of St John. Summing up the discussion, he said: ‘The Balfour Declaration contains a contradiction, and its consequences have been conflict. The Balfour Project is inspired by a deep concern for both communities in the Holy Land, and a longing for reconciliation.’ There is a close connection between repentance and reconciliation, he continued. ‘We in Britain have a particular responsibility to take this history seriously, however painful we find that to be, to determine whether Britain has a role in creating a just peace. We believe that Britain could and should have a role.’ 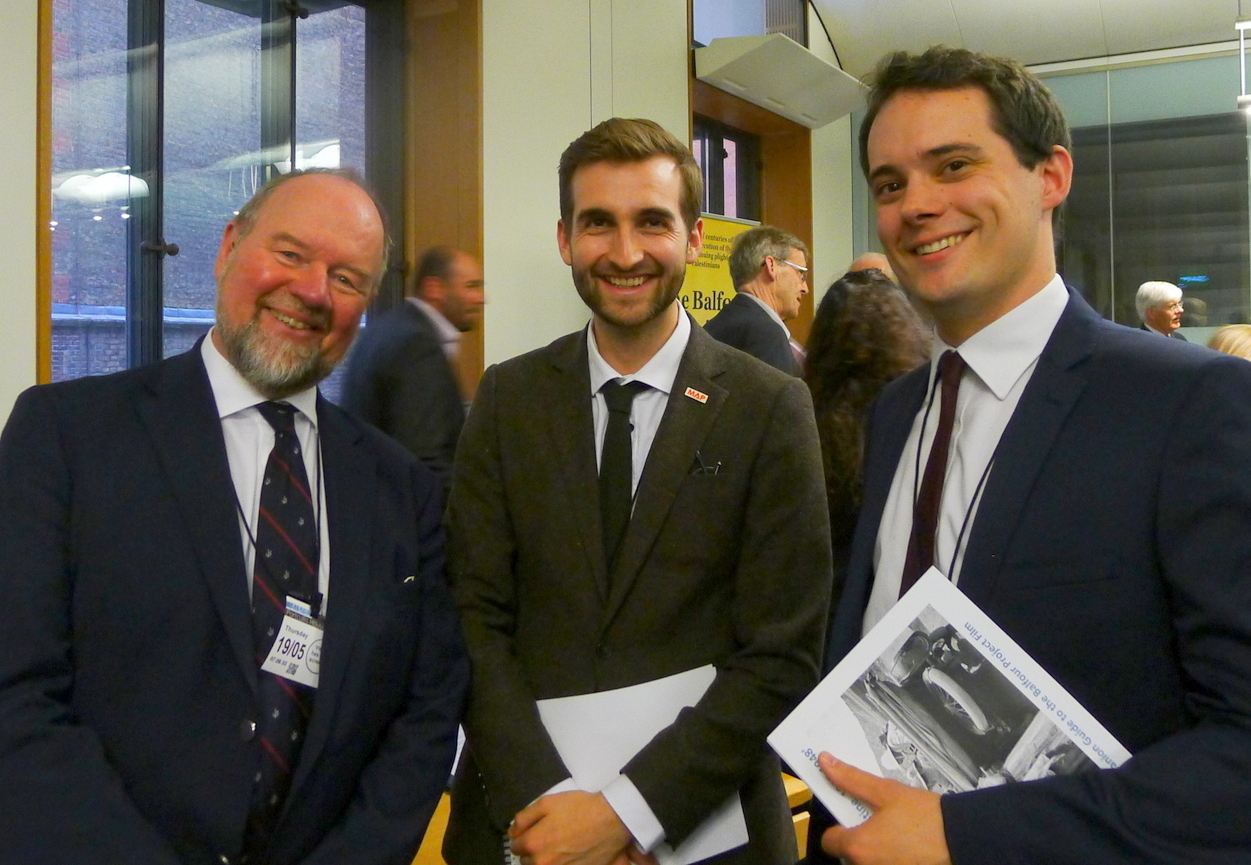 At the end of the evening everyone received a copy of the 84 page Companion Guide to the film.

Since the event, members of the Balfour Project have received many letters of appreciation. ‘The film was extremely lucid,’ wrote a BBC journalist, ‘and as impartial as is possible to be, with powerful photography and haunting music. It was above all educational. That final thought still haunts me: “How should we British respond?”’