It’s 95 years since Lord Balfour informed Baron Rothschild that Britain would back a new Jewish state. The anniversary has been marked not with fireworks, but bombs. 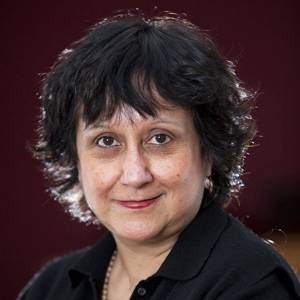 You’ve seen the pictures, read about the bloodshed, heard the accusations. The military head of Hamas was assassinated by Israel in Gaza. Rockets fired in retaliation killed three Israelis and Israel then went into overkill.

The November anniversary of the Balfour declaration is marked not with wimpy fireworks but real bombs, big bangs.

It is exactly 95 years since Lord Balfour, the then Foreign Secretary, informed Baron Rothschild that Britain would back a new Jewish state on Palestinian territory as demanded by Zionists, some of them terrorists who had attacked British targets. Lord Edwin Montagu, the only Jewish member of the UK cabinet, objected vehemently to the decision: “All my life I have been trying to get out of the ghetto and you want to force me back there again”. He was overruled by his colleagues, some of them avowed anti-Semites.

Britain had no legal right to the land it breezily handed over and has never apologised for its disastrous decision. Palestinians paid for Europe’s massive, anti-Semitic killing project. Thousands of Muslim and Christian Palestinians were dispossessed and, since then, it’s been a story of endless conflict. And so here again is another horrendous conflagration breaking out in a volatile region.

Recently, I have chaired and attended meetings on this never-ending crisis. Some people in the audience asked why Muslims obsess incessantly about Israel and never about Syria and other Arab tyrants, or Hamas. A fair enough point. When Arab despots murder and torture their own people, their sins are not less heinous than those committed by outside adversaries. And the three recent victims of Hamas attacks weren’t simply collateral damage. The anti-Semitic prejudices of millions of Arabs and Iranians is repellent. But I would put this question to Israeli apologists too: why can’t they muster human sympathy for dead Palestinian babies and their howling parents? Don’t they feel anything for these innocents? This time, Palestinians have paid tenfold for those three Israeli lives. Israel’s uncontrolled, unmonitored, unaccountable power can overwhelm any resistors or enemies, or people unlucky enough to be born Palestinian.

On the web is a photograph of an old man in Gaza holding a placard with this message: “You take my water, burn my olive trees, destroy my house, take my job, steal my land, imprison my father, kill my mother, bombard my country, starve us all, humiliate us all but I am to blame: I shot a rocket back.” You may or may not agree with his rocket retaliation, but all his other accusations are verifiably true as witnesses – some Jewish – have been attesting for years. Even treacherous Balfour stipulated in that fateful letter of November 1917: “Nothing shall be done which may prejudice the civil and religious rights of existing non-Jewish communities in Palestine.” That bit has never been honoured.

Remember too there was a time when Jews and Palestinians were not filled with poisonous odium for each other. Well all that is history now. Israel exists and must, as I have believed all my life. But it can’t expect to do as it damn-well pleases. Oh yes it can! says Obama’s administration. Not only is Israel free to carry out extra-judicial assassinations – a favourite Obama solution to crises but: “Israel has the right to defend itself… and make its own decisions about its military tactics and operations.” That is exactly what Assad says he is doing and in response William Hague rightly issues grave, moral condemnations. The same Hague and his diplomats are doing all they can to stop the UN recognising the Palestinian state and until this weekend censured only Hamas for this worsening situation. Now, with Israel threatening invasion, our Foreign Secretary (timidly) reproaches the nuclear-armed bully state. Just a month ago, the EU upgraded its trade agreement with Israel. These collaborators have not collectively asked Israel to back off. In contrast, Arab heads are, at least, trying to influence Hamas and get a ceasefire.

While Western leaders avert their eyes, there is, among millions of European citizens, growing sympathy for the Palestinian cause and dismay that Israel flouts international law with impunity. The chasm between Europe’s ruling classes and the ruled can no longer be ignored.

Dr Izzeldin Abdullah, a Palestinian doctor found three of his daughters blasted to death in Gaza by Israeli shells in 2009. This week he wrote: “My family in Gaza are not safe; and the same can be said for all those innocent people in Israel.” He begged for a “ halt to this craziness” but his words will not be heeded and such voices from Palestine will disappear as hate consumes all hope. Hezbollah and the Iranian regime will pile in and unimaginable consequences will follow. For Israel’s own sake, it must stop being so boneheaded and halt this inferno. Obama needs to step up and use his power to save the world. It is that serious.