After a lonely, loveless childhood, when, like many earlier members of the British aristocracy,  the only affection the growing child received came from his nanny, Shaftesbury was elected as the Tory Member of Parliament for Woodstock in 1826 and was a strong supporter of the Duke of Wellington. Almost immediately he became a leader of the movement for factory reform. He was responsible for promoting a plethora of reform causes, including the Factory Acts of 1847 and 1853, the Ten Hour Bill, as well as the Mines and Collieries Act 1842 and the Lunacy Act 1845. One of his chief interests was the welfare of children, and he was chairman of the Ragged Schools Union and a keen supporter of Florence Nightingale. He was also involved as patron and president in the field of model dwellings companies, which sought to improve the housing of working classes in England. Today, his reputation as a reformer is better known than his support for the restoration of the Jews to Palestine. 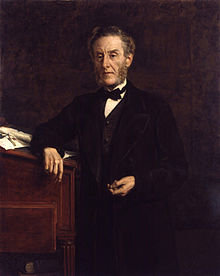 Shaftesbury’s Campaign for the Restoration of the Jews

Shaftesbury was a proponent of the Restoration of the Jews to the Holy Land and became President of the London Jews’ Society from 1848 until his death in 1885. From the above-mentioned nanny he had imbibed a Puritanical form of Protestantism – which did not endear him to the nation, because of his severe attitude to keeping the Sabbath. He loved the biblical Book of Chronicles because it was “full of hope for the Restoration of Israel:” all his life he wore a signet ring carved with the prayer, “O pray for the peace of Jerusalem.” Much of the influence he had was through Lord Palmerston, who married Shaftesbury’s widowed mother-in- law. (The latter thought Shaftesbury was a saint!). Shaftesbury himself was married to Palmerston’s daughter.

Victoria Clark writes ( in Allies for Armageddon, p.66): “Shaftesbury’s style of religious politicking in the cause of the Jews and their homeland is what links Britain’s Arthur J. Balfour and Lloyd George to America’s President Harry Truman, to fundamentalist televangelists like Jerry Falwell and Pat Robertson who built the American Religious Right in the 1980s and 1990s….”

The conquest of Greater Syria in 1831 by Muhammad Ali – the Ruler  of Egypt throughout the 1830s – had changed the conditions under which European power politics operated in the Near East. As a consequence of that shift, Shaftesbury was able to help persuade Palmerston, then Foreign Minster (and future Prime Minister) to send a British consul to Jerusalem in 1838. As both a committed Christian and a loyal Englishman, Shaftesbury argued for a Jewish return to Palestine because of what he saw as the political and economic advantages to England and because he believed that it was God’s will. He saw the conversion of the Jews as a means of bringing the whole world to faith before Christ returned.

In January 1839, Shaftesbury published an article in the Quarterly Review, which although initially commenting on the 1838 Letters on Egypt, Edom and the Holy Land (1838) by Lord Lindsay, provided the first proposal by a major politician to resettle Jews in Palestine:

The soil and climate of Palestine are singularly adapted to the growth of produce   required for the exigencies of Great Britain; the finest cotton may be obtained in almost unlimited abundance; silk and madder are the staple of the country, and olive oil is now, as it ever was, the very fatness of the land. Capital and skill are alone required: the presence of a British officer, and the increased security of property which his presence will confer, may invite them from these islands to the cultivation of Palestine; and the Jews’, who will betake themselves to agriculture in no other land, having found, in the English consul, a mediator between their people and the Pacha, will probably return in yet greater numbers, and become once more the husbandmen of Judaea and Galilee.(Cited in Victoria Clark, Allies for Armageddon, p.67)

On the 4th November 1840 he placed an advert in The Times to make his purpose clear. [2] He then turned his attention to the appointment of a vice-consul, William Young, (who then became consul) and then a bishopric in Jerusalem. Under joint British and Prussian auspices this was founded in 1841. The first Bishop was Michael Solomon Alexander, a former Rabbi. Thus Christ Church, an Anglican Church near the Jaffa Gate in the Old City was dedicated in 1845. The ministry of Bishop Alexander was not notably successful- his converts were very few – and he died through a heart attack in 1846. Shaftesbury was stricken: have we run counter to the will of God? – was his reaction.

The next step was to map Palestine, and Shaftesbury was one of those involved is setting up the Palestine Exploration Fund (PEF) in 1865.

The lead-up to the Crimean War (1854), like the military expansionism of Muhammad Ali two decades earlier, signaled an opening for realignments in the Near East. In July 1853, Shaftesbury wrote to Prime Minister Aberdeen – the fourth Earl of Aberdeen, with strong evangelical connections, that Greater Syria was “a country without a nation” in need of “a nation without a country… Is there such a thing? To be sure there is, the ancient and rightful lords of the soil, the Jews!”

In his diary that year he wrote “these vast and fertile regions will soon be without a ruler, without a known and acknowledged power to claim dominion. The territory must be assigned to someone or other… There is a country without a nation; and God now in his wisdom and mercy, directs us to a nation without a country.” This is commonly cited as an early use of the phrase, “A land without a people for a people without a land” which had inspired Israel Zangwill and Theodor Herzl to use the phrase “A land of no people for a people with no land.”

Shaftesbury’s support for the Jewish restoration was not only a question of public campaigning: it was reflected in his personal meditations. Donald Lewis cites from his diary in 1843, October 8th:

Sunday. Nuremberg. Fallen from its high estate, and yet a great city. Why has she thus fallen?  She pays the price of cruelty and injustice, of violence and oppression towards God’s ancient people, whom no one has ever afflicted without smarting for the sin. She banished them from her borders (Lewis, p.157)

This is only one example for Shaftesbury’s very noticeable reverence for Jewish people which increased over time. His efforts for the restoration never declined.

But, in the end, as Stephen Sizer wrote:

Like Moses, Shaftesbury did not live to see his “promised land” realized. However, through his lobbying, writings and public speaking, he did more than any other British politician to inspire a generation of Joshuas to translate his religious vision into a political reality. (Christian Zionism, p.61).

He pre-empted the demise of the Ottoman Empire by 60 years. Yet, despite his great achievements, as Donald Lewis says:

In at least two matters, however, Shaftesbury was profoundly misled. (Lewis, p.156)

First, he overestimated what he considered the universal desire of European Jews to return to Palestine. (The greatest enthusiasm in fact came from some deeply religious E. European Jews, influenced by Kabbalistic interpretations of the Book of Zohar, which had predicted a Jewish return in 1839-1840). Although Shaftesbury knew that Sir Moses Montefiori, (1784-1885) the wealthy businessman, had made it one of his life-causes to induce thousands of Jews to return to the Bible lands, yet he did not expect rich Jews but Rabbinical Jews all over Europe to grasp this opportunity. But, as was the case, 60 years later, with Edwin Montagu, for example, the more emancipated and assimilated they became, the less they wanted to hear any talk of Jewish nationhood.

His second mistake was to over-estimate the number of Jews in Palestine as over 40,000, when the reality was that they were about 6,000. He had never been to Palestine and can be criticized for never giving the situation of the Arab people any consideration. Although his personal respect for the Jewish people is beyond question, and though he regarded it as a unique Anglican vocation to right the wrongs of the way the Jews had been treated, Barbara Tuchman adds another – possibly exaggerated – criticism:

Despite all his zeal on the Jews’ behalf, it is doubtful if Lord Shaftesbury ever thought  of them as a people with their own language and traditions, their own Torah and law and spiritual guides honoured through a hundred generations. To him as to all the  Israel-for-prophecy’s-sake school, the Jews were simply the instrument through which the Biblical prophecy could be fulfilled. They were not a people, but a mass error that must be brought to a belief in Christ in order that the whole chain reaction leading to the Second Coming and the redemption of mankind might be set in motion.

Even given this criticism – and others – no one denies that Shaftesbury’s influence in the path to the Balfour Declaration was considerable.